How I Officially Released My First Game 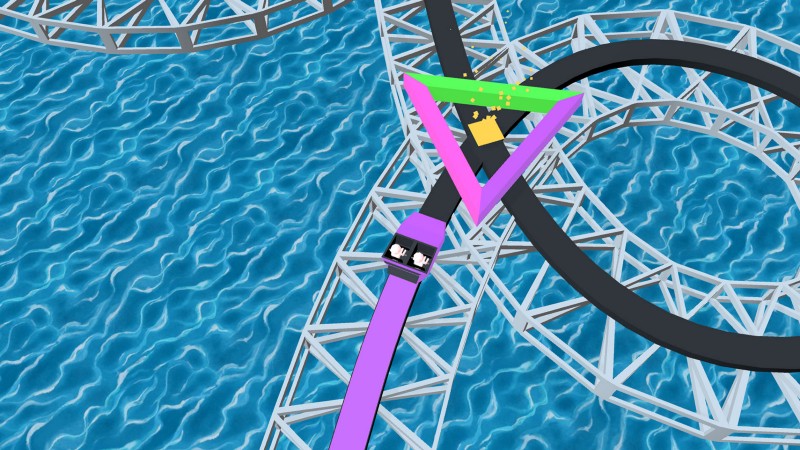 A few years ago, I started learning Unity3D as I spend all my spare time learning new things. It was exciting and it still is. It started off as a hobby rather than a fully dedicated path to walk on. I never succeeded as a game developer but I still keep it as a hobby.

The process of developing a game is somewhat complicated and there is always more than meets the eye. Today, I’m sharing this story about my experience developing games with you👀. So, Let’s crack open one and get started. 🍺

By the way, this game is available on both AppStore and PlayStore if you want to check it out.

Everyone begins with learning. I was no different. Games are the actual reason why I put my first step into the technology world 🌎. It’s also the reason I became a software engineer.

It’s not that I don’t like what I do, I love developing web apps and I’m doing fine with it but working on Unity3d gives me that cherry 🍒 on top in terms of satisfaction.

I started simple to begin with and upgraded my skills on the way. It wasn’t very hard learning Unity3D as I already have a .Net background and Unity3d uses the same for the development.

After few months, I felt ready to develop a fully-featured game.

The Idea For My First Game

My first hurdle was to find a good topic for my first game. As most of you already know, It’s harder than it sounds. I choose PlayStore to get some inspiration from and find that first simple idea.

The minute I saw the play store and searched for games, I knew that this is an ocean and it’s not going to end well competing with those top-notch developers 😒 but I was blinded by the fun I felt while I was learning developing games and that feeling never went away and kept growing instead. 😍

After searching around the play store looking for inspiration, Finally, I decided to develop my first game based on the Line Color 3D game.

This is where Switch Colors 3D (AppStore, PlayStore) was born.

I knew that this idea probably won’t work and it didn’t but I wanted this game to work as a template for my future releases because in most casual games, some features are always common and I didn’t want to develop the same thing again for my next title. So I researched a lot on the internet and youtube for a sustainable, manageable, and scalable design pattern. 😤

It was challenging for me because Unity3D doesn’t work like web or desktop apps, If you’ve ever used it before, You’d know that its ecosystem is quite different. If it was a web application, I would have developed the bejesus out of it!

So finally after months of experiments (yes months because I do this only in my spare time 🤷‍♂️), I came up with my own design pattern ⚡ which fulfilled all my requirements. I went with an Event-Driven design pattern but I developed it for myself so that it can save me time and provide performance at the same time. If you want, I’ll share some insights in another post about it.

So now that I had a plan for the project, the next challenge was… where to start! I had a list of questions that had to be defined at this stage like,

For 3d modeling, I choose Blender because I’m such a huge fan of open-source projects. It took me about 2 days to learn to create low poly models and creating low poly texture was a whole another story 🤔. I learned it the hard way to centralize the texture colors for low poly models (Unity guys will know what I’m talking about 😉).

I created all animations within Unity3d because apparently, blender animations are pretty slow 🐌 in Unity3D (I’m not entirely sure about this though but it didn’t work for me.). I decided to make it silent gameplay and vibrate on the game over or touching the obstacles so that I won’t need to add any soundtracks 🎶.

Now, for features, It was pretty much simple but I wanted it to be a bit creative and different, so I thought combining the idea with colors would be fun and the results were good in my opinion. I created about 40 levels 😎 for the first version and if I get more installs, I’ll add more levels. That’s the plan! 📝

So the game was released and The big question now was “How will I promote this game?”. As an indie developer, my budget for promotion was very tight. It was nearly zero. But still, I tried a few things to promote it and all of them were ineffective. I mean like not even one install I got from that promotion. 😒

I tried running a campaign on Facebook and Google ads. I’m not actually blaming google or Facebook because I know there are a lot of factors that matter here but eventually, I stopped it and moved on!

Of course, the idea was not that good but I still tried. After failing with self-promoting the game, I decided to show it to a publisher and one of them agreed that it was kind of a unique idea but it didn’t survive in their marketability test.

I was kind of disappointed because even though it was a simple game, I worked my butt off on it. 😔 But that is the bitter truth of it, No matter how much you like your idea or your product, It always depends on the users because they are the kings here. I learned the lesson and moved on 😉.

To be honest, I didn’t really like the output that much. On a scale of 1 to 10, I would say it was around 6. I could have implemented a store, unlockables, powers, and more to make it more exciting but by the time I came to know it, The idea itself was outdated so I just moved on to the next title.

It’s not just game development but any product development requires a lot of effort and other resources to make it successful. It happens so rarely that an indie developer releases a game that can be rated around 8 out of 10 and gets featured on PlayStore or AppStore for that matter. There has to be an investment or someone to team up with otherwise, It rarely jumps up the ladder. 🦘

I’m still enjoying developing games and if possible, I enjoy it more than before because now I’m more experienced and I have more control over Unity3D than before.

That’s it for now, I’ll share the rest of the story about my second title in the next article. Thanks for reading, Really appreciate it. See you in the next one.